Patra (or Patras) is the third-largest town in Greece (after Athens and Thessaloniki) and one of the biggest ports of the country. Due to its geographical location, the port of Patra connects Greece with the Ionian islands and towns of Italy (Bari, Brindisi, Ancona, Venice and, Trieste).

The town took its name from Patrea, who settled there along with other Achaeans in ancient times. The town didn’t actually have an important role in Greek history until 146 BC when it was conquered by the Romans. At that time, it flourished as a trade center and many public works were constructed, such as the Roman Odeon and the Roman Theatre that still survive in Patra.

Also in 66 AD, Apostle Andrew was crucified by the Romans in Patra, at a site close to the port, to deny his religious faith. At that site, the church of Saint Andrew stands today.

The development of Patra continued in the Byzantine Times, During the Turkish rule, from the 15th until the 19th century, its Castle was fortified. After the liberation of Patras in the late 1820s, the town was rebuilt according to an architectural plan of Stamatis Voulgaris. Parallel streets were constructed, ample squares and beautiful gardens were designed and the town was divided into two parts, the Upper (Ano Poli) and the Lower (Kato Poli) Town.

Ano Poli keeps its traditional style, with Neoclassical and Venetian residences, stairs, and paved paths. Kato Poli is more modern and busy. The Square of King George is the center of Patra and most of the shopping area is concentrated there. Another popular square is Psilalonia with a more relaxing atmosphere and a nice view of the whole city. On the highest point of Patras, there is a large Medieval Castle. Cultural events take place there in summer.

Another characteristic of Patras is its vivid nightlife and its large student community. Patra hosts the third-largest university in Greece and a technological institution, which brings a lot of youth to the town. Beautiful beaches and traditional mountainous villages surround the town. Patra is also close to the archaeological site of Olympia and Kalavryta, a popular winter destination, so it constitutes a great base for excursions. 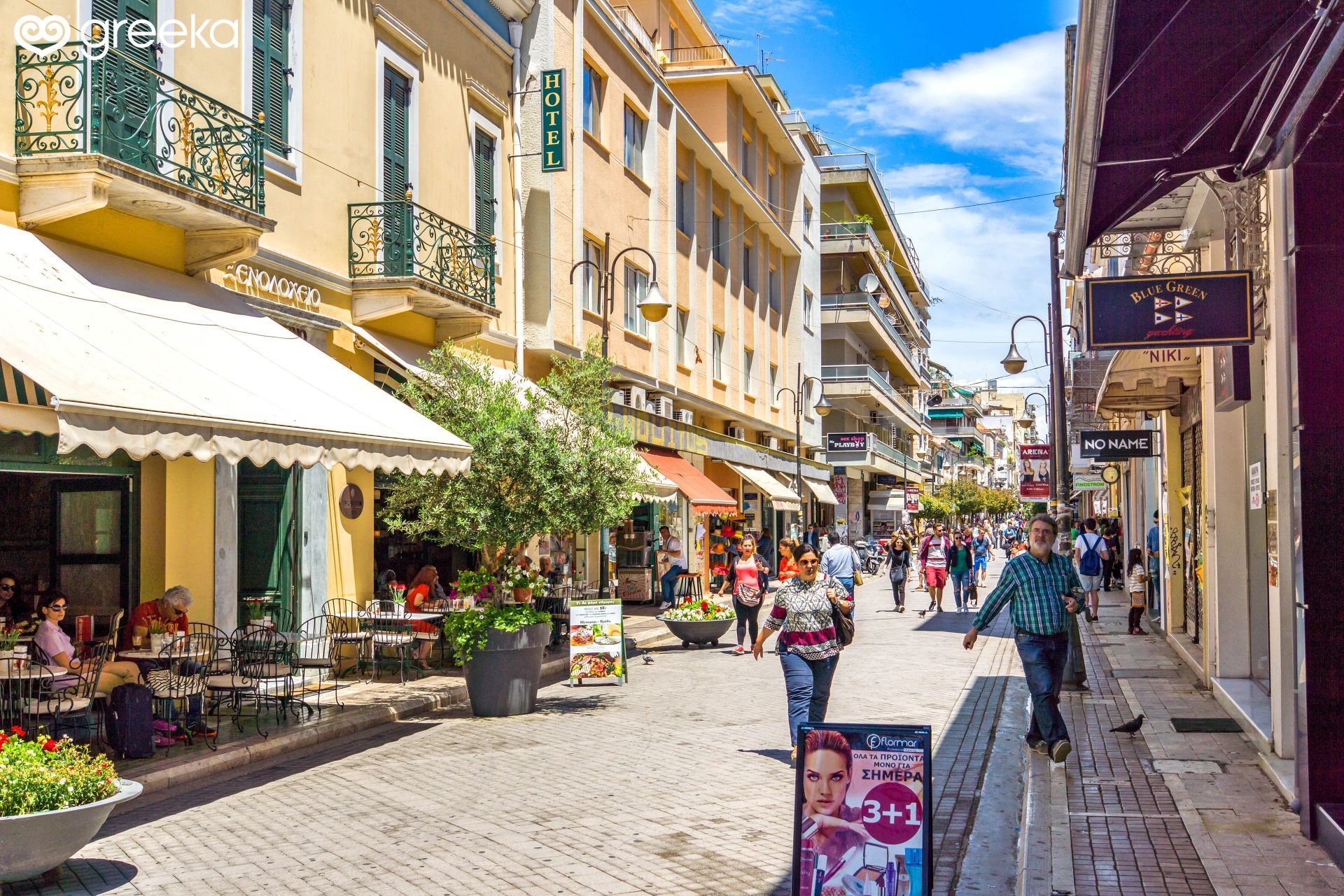 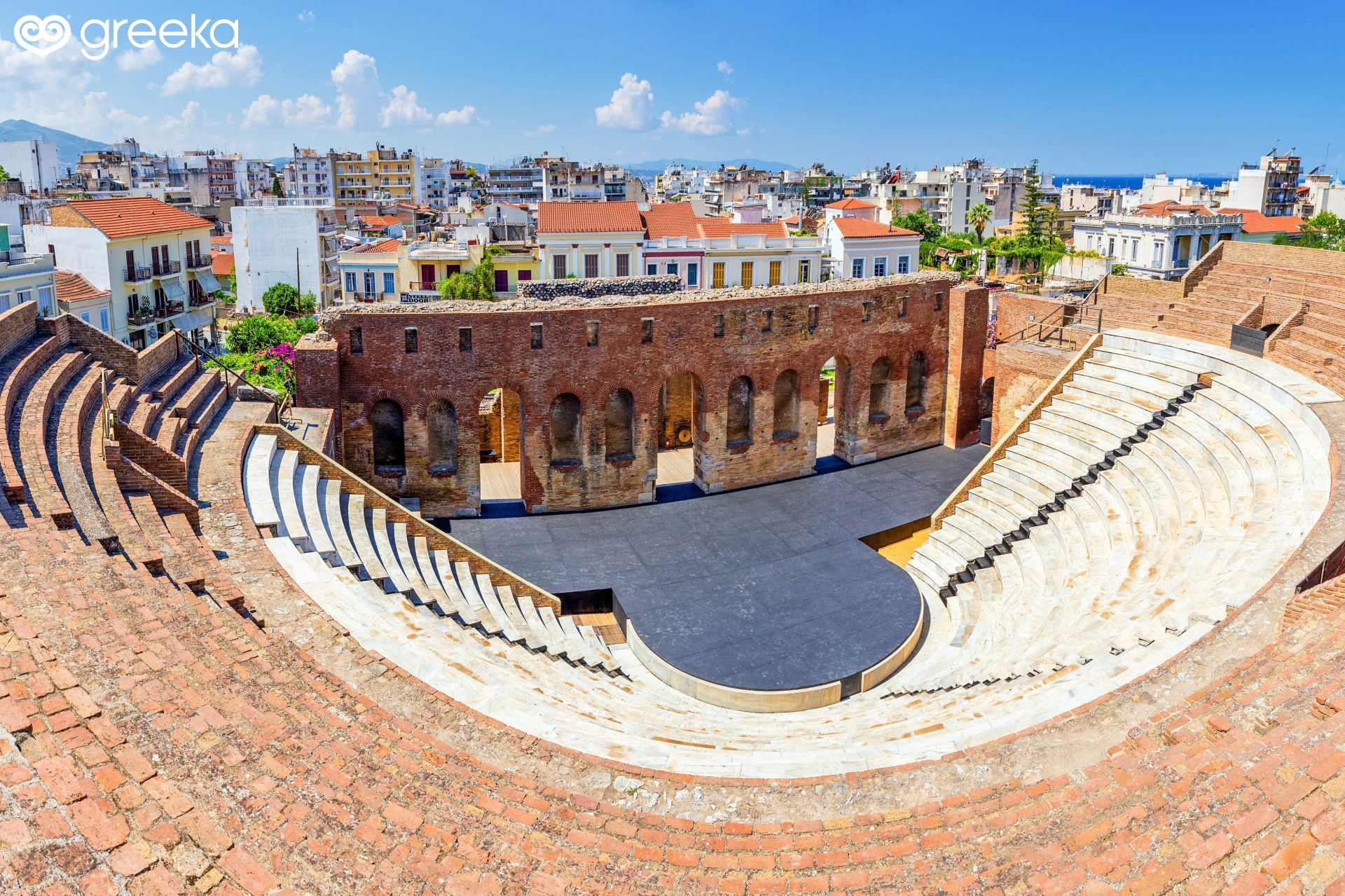 Ready to join us?

We use cookies on our website to give you the most relevant experience by remembering your preferences and repeat visits. By clicking “Accept All”, you consent to the use of ALL the cookies. However, you may visit "Cookie Settings" to provide a controlled consent.
Cookie SettingsAccept All
Manage consent

This website uses cookies to improve your experience while you navigate through the website. Out of these, the cookies that are categorized as necessary are stored on your browser as they are essential for the working of basic functionalities of the website. We also use third-party cookies that help us analyze and understand how you use this website. These cookies will be stored in your browser only with your consent. You also have the option to opt-out of these cookies. But opting out of some of these cookies may affect your browsing experience.
Necessary Always Enabled
Necessary cookies are absolutely essential for the website to function properly. These cookies ensure basic functionalities and security features of the website, anonymously.
Functional
Functional cookies help to perform certain functionalities like sharing the content of the website on social media platforms, collect feedbacks, and other third-party features.
Performance
Performance cookies are used to understand and analyze the key performance indexes of the website which helps in delivering a better user experience for the visitors.
Analytics
Analytical cookies are used to understand how visitors interact with the website. These cookies help provide information on metrics the number of visitors, bounce rate, traffic source, etc.
Advertisement
Advertisement cookies are used to provide visitors with relevant ads and marketing campaigns. These cookies track visitors across websites and collect information to provide customized ads.
Others
Other uncategorized cookies are those that are being analyzed and have not been classified into a category as yet.
SAVE & ACCEPT